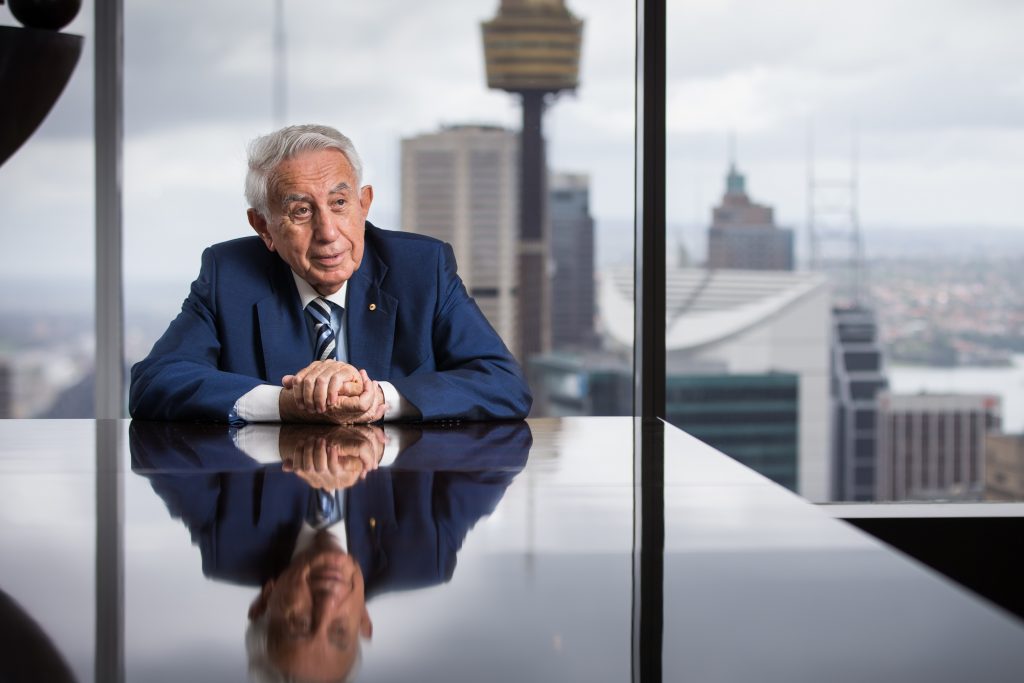 THREE elements – low interest rates, high land tax, and a lack of migrants — will have impacts on the property industry for developers and buyers during 2021.

The low rates mean apartment prices and rents steadily are moving up, something that should not worry banks providing loans because those paying for the loans have not seen their wages diminish.

Unfortunately, the picture is not as bright for serviced apartments. Rents were dropping before the COVID-19 pandemic and have fallen more since the virus hit. The government is not helping the owners of those apartments and there will be a price to pay down the track – there will not be enough accommodation to cater for the vitally important industry that is tourism. At Meriton, we have had to change course with four planned serviced apartment projects and, instead, use the sites for readily saleable residential apartments.

The high land taxes on owners of serviced and residential apartments are firing up investor anger and the NSW department that administers the tax is preparing to take on extra staff to handle objections.

Last year, with the virus hanging over the development industry, virtually no apartment sites sold. The lack of sales meant land values remained unchanged. Now, as we roll into 2021, there are site sales but at considerably lower prices than previously. Has the tax fallen to reflect that? Definitely not!

So, dear investors, if you feel you are unfairly treated, step forward and object to the tax. In Meriton’s case, we will build 50 per cent more apartments this year and the tax means prices are bound to rise.

Another negative that has emerged for our industry is the impost that results from never-ending changes to the planning rules. Town planners need to be taught at university that they should not make rules that will send developers broke. They need to realize that ever-higher standards will not work if those standards are too costly to implement. All that will be achieved is a diminishing supply of apartments and higher prices.

On a positive note, we should be very proud of our Prime Minister, our Premiers, and the Health Minister and the health department of every state. We have definitely conquered the virus; now we need vaccinations to prevent us from getting COVID-19 from people coming from overseas.

In NSW, we must be even more grateful to Premier Berejiklian who is trying, and succeeding, to keep us all at work. NSW not only conquered the virus but also we were not locked up. It was a brave move, but it has worked out. The other premiers cannot say that we were reckless. We were just responsible, and it was made possible because of our Prime Minister, the Premier and Mr Hazzard, the Health Minister.

At Meriton we did not miss one day of work. It was what we had to do not to lose production. After all, we haven’t heard of people getting sick at work — maybe in a pub or restaurant or after arriving from overseas.

I believe that while many people worked from home during the pandemic, the majority will continue to work in offices. The reason is that production is much greater in an office, so people in offices will get better wages. And because interest rates are low, people being paid those wages will get better value for the dollar they spend. When interest rates were high, a proportion of the price paid for items went to cover the higher interest rates being paid on borrowings. Today the interest rates are low so the money is spent on the product and not on the cost of money. The answer — we get better products and, if we work hard, we will get great value. Our wages will be higher and the products will be cheaper. 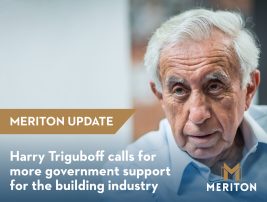 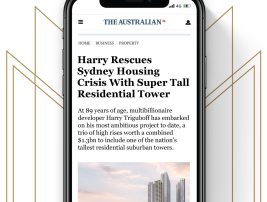 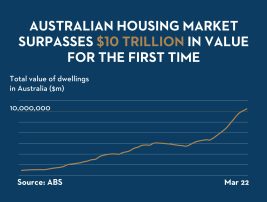 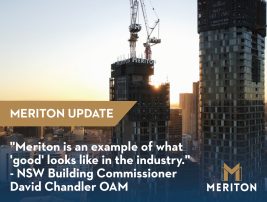 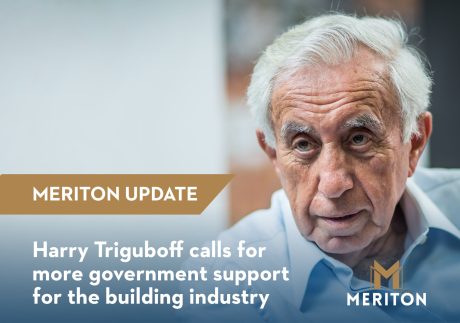 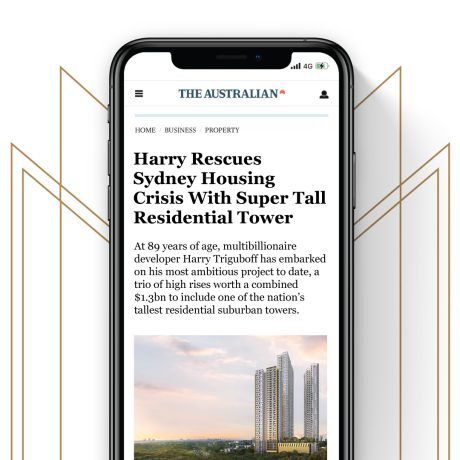 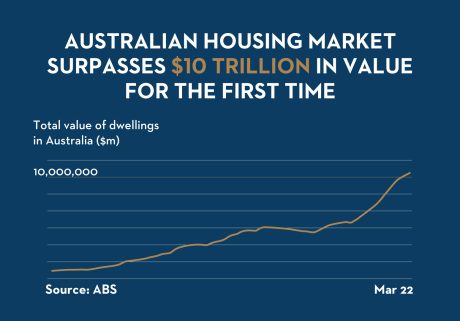